Almost everything we do in real life involves statistics.

Consider these as just a few...

The famous prestigious Nobel Prize recognizes the extraordinary achievements emanated from the brilliant minds of scientists, mathematicians, literary figures and humanitarians each year.

As a joke, there is also an Ig-Nobel Prize awarded each year, however, it is awarded to a scientist who researched something bizarre! For example, the achievements of two previous award-winners were teaching a red-footed turtle to yawn, and finding that if a person's belly is hairy, there is more belly button lint from clothes.

Researchers must be passionate about the topics they research. What is a topic about which you have a genuine burning passion and would like to know more?

Numerical Data - Data in the form of numbers includes number of pets, sprint times and so on. Numerical data is of two types which are:

Categorical Data - Data in the form of words such as the name of your favourite singer. Categorical data is of two types which are:

With over 200 nations in the world, the 2009 Happy Planet Index rated countries' "happiness" as follows:

Population - The population is everyone or everything that you could ask to get your data. Examples include:

Sample - Because it is often impossible, impractical or unnecessary to obtain data from the entire population, a smaller selected group is often asked. Examples include:

Census - When data is obtained from the entire population, this data collection is called a census. In USA, a census of the whole population is done every ten years. In Australia, a census occurs every five years. This is to obtain information to help the government know where it is best to spend money collected from our taxes to build hospitals and schools.

Survey - When data is obtained from a smaller sample, this is called a survey. A survey is different from a questionnaire, the latter being a document containing the questions to be asked.

Random Sampling - This is the fairest sampling method. Examples include picking a name from a hat, or choosing a telephone number using random number generating program such as the one on your calculator.

Systematic Sampling - This is arguably the second fairest sampling method. Examples include choosing every tenth student from a school's enrolment list, or choosing the last name of every page of a telephone book.

Stratified Sampling - The word "strata" means "layers" or "groups". For example, a survey of male and female students at your school requires that the number of boys and girls in the survey must be proportional to the total number of boys and girls were enrolled at the school. Stratified sampling is usually done in conjunction with another method such as random or systematic sampling. (A worked example is shown below.)

Cluster Sampling - The samples are from typical geographic areas. For example, a questionnaire of city and country teenagers about their driving skills may give quite different responses.

Accessibility Sampling - This form of sampling is convenient in the ease of accessing people, but can be biased. For example, a questionnaire asking all the athletes who use the gym about the school lunch menu is convenient, but may obtain different responses if the sample was students in the school library.

Capture-Recapture Method - This sampling method is used to estimate wildlife population numbers. A scientist will capture, tag and release a certain number of animals on the first occasion, then capture and count those already tagged on a second and much later occasion, and then use the following formula to estimate the animal population. (A worked example is shown below.)

In a company, there are 10 managers, 20 supervisors and 70 tradespeople. A survey regarding working conditions is to be carried out and a sample of 30 people from all staffing levels is required. How many from each staffing level should be in the sample? 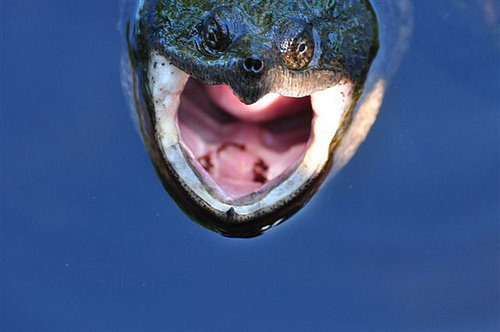 A marine biologist captures and tags 200 turtles during a week of research. One year later, the scientist captures 100 turtles and finds that 40 of these already have tags from the previous year. Use the formula to estimate the turtle population.

Q1. In an environmental engineering company, there is a total of 200 staff, of whom 150 are women and 50 are men. In a sample of 40 staff, how many men and women should there be?

Q2. A scientist captures and tags 500 sea lions during a week of research. One year later, the scientist captures 200 turtles and finds that 50 of these already have tags from the previous year. Use the formula to estimate the sea lion population.

Bias in the questionnaire design may be from a question that may receive inaccurate responses (e.g. "Do you take illegal drugs?"); or create too much emotion or pressure (e.g. "Bats spread viruses to livestock. You would be in favour of culling them, wouldn't you?"); or incomprehensible to the ordinary person (e.g. "Which operating system - Alpha, Bravo or Xenon - do you prefer?").

Bias in the sampling method occurs if the sample size is too small (e.g. Only five people are asked.); or not representative of the population (e.g. Elderly folks at a retirement home are asked about teenagers' preferred music.); or performed at inappropriate times or places (e.g. Supermarket customers at 10 am Monday may be different to those at 10 am Saturday.).

Bias in the interpretation of results may occur where statistical calculations are performed on data which is not suited for the method (e.g. Finding the "average" of people's favourite colours is invalid.)

Prior to the 1951 English census, women were asked to be more honest in answering the question about their age.

Questionnaire of Your Choice

Choose a topic about which you are passionate. Write about 10 questions for a questionnaire. The first three or four questions should be to find out characteristics of the persons you will ask (e.g. age, gender, suburb) and the rest should be about the chosen topic (e.g. favourite music). Test this on your friends. Rewrite any questions that needed improvement.